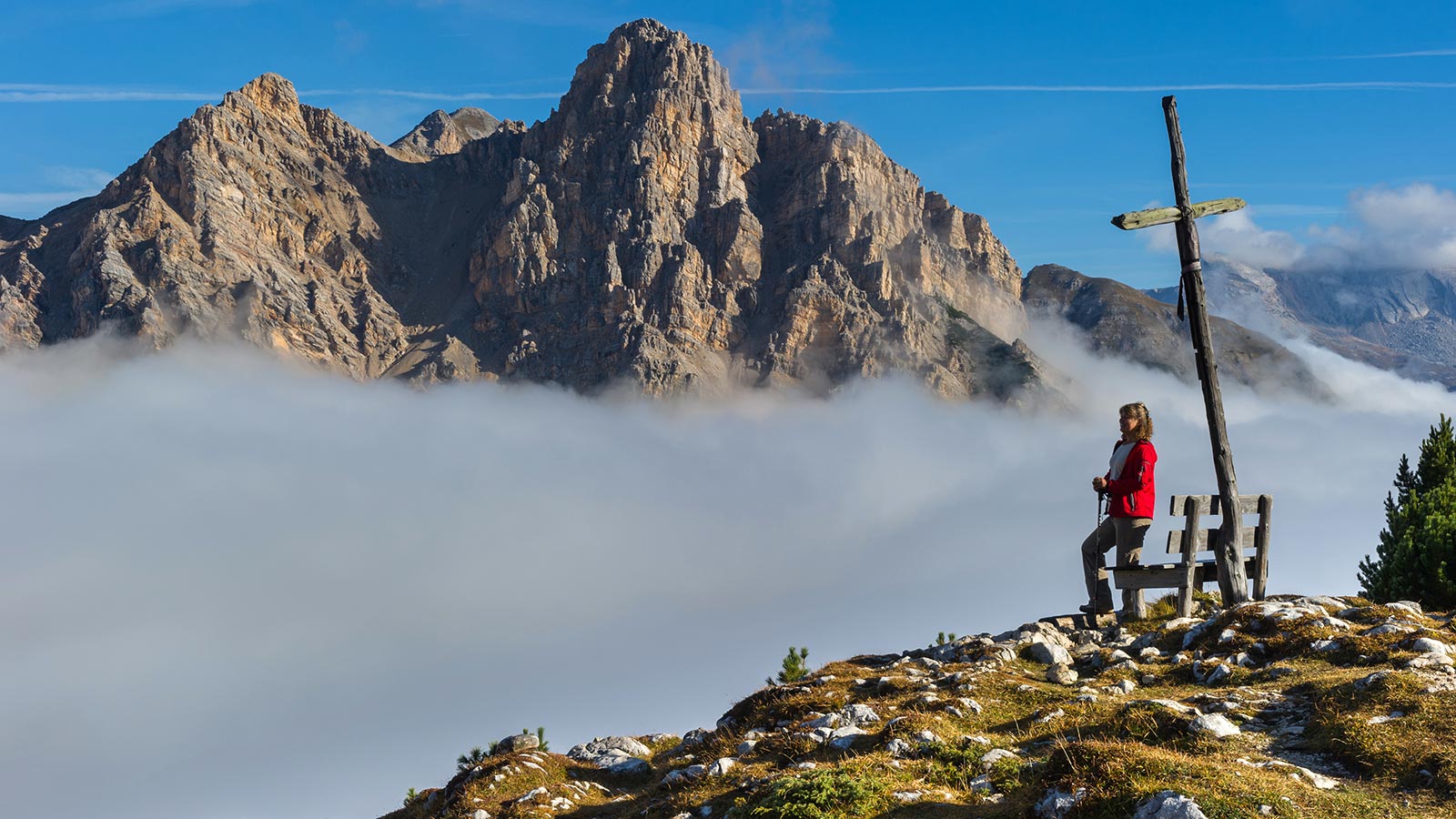 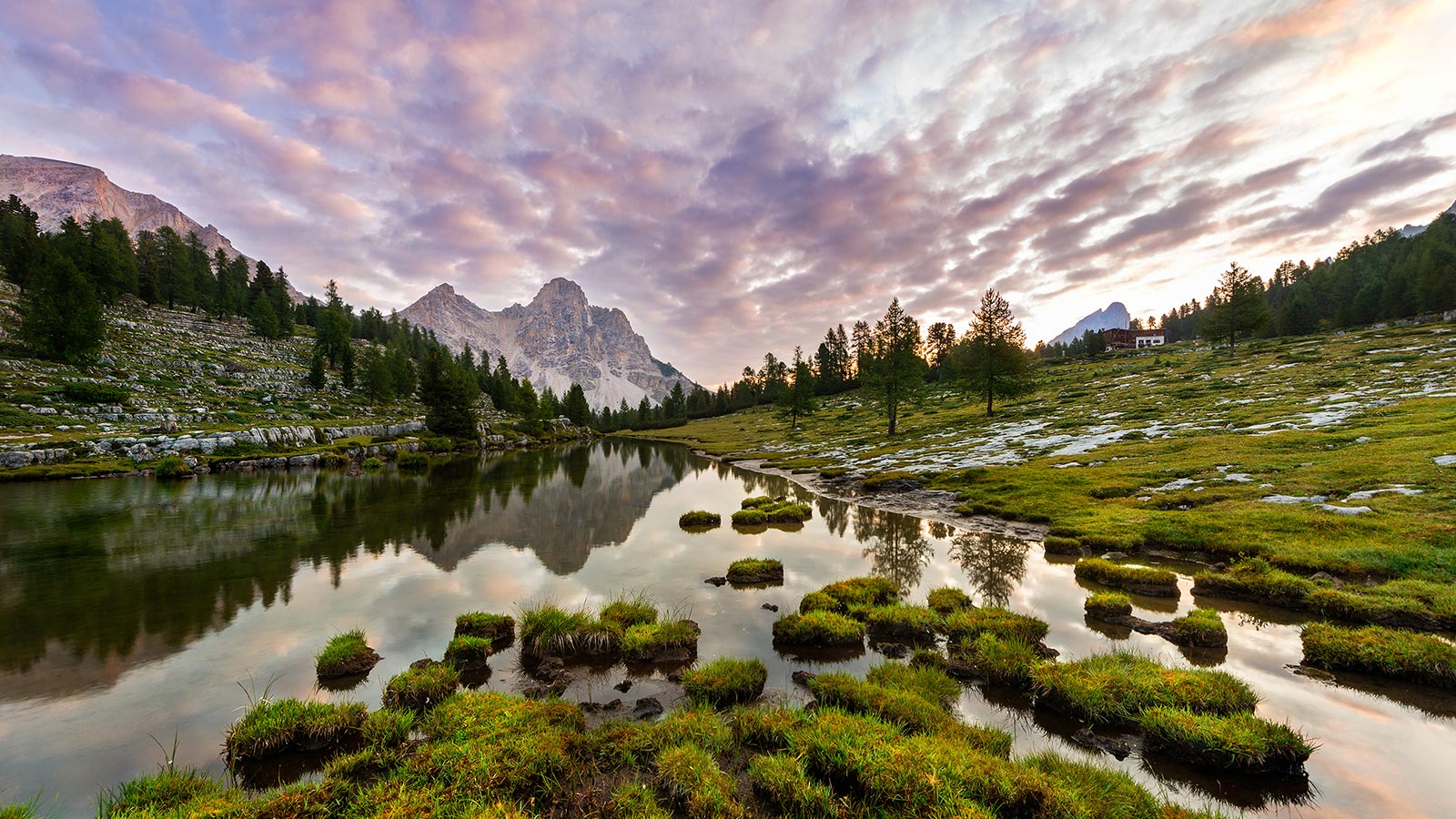 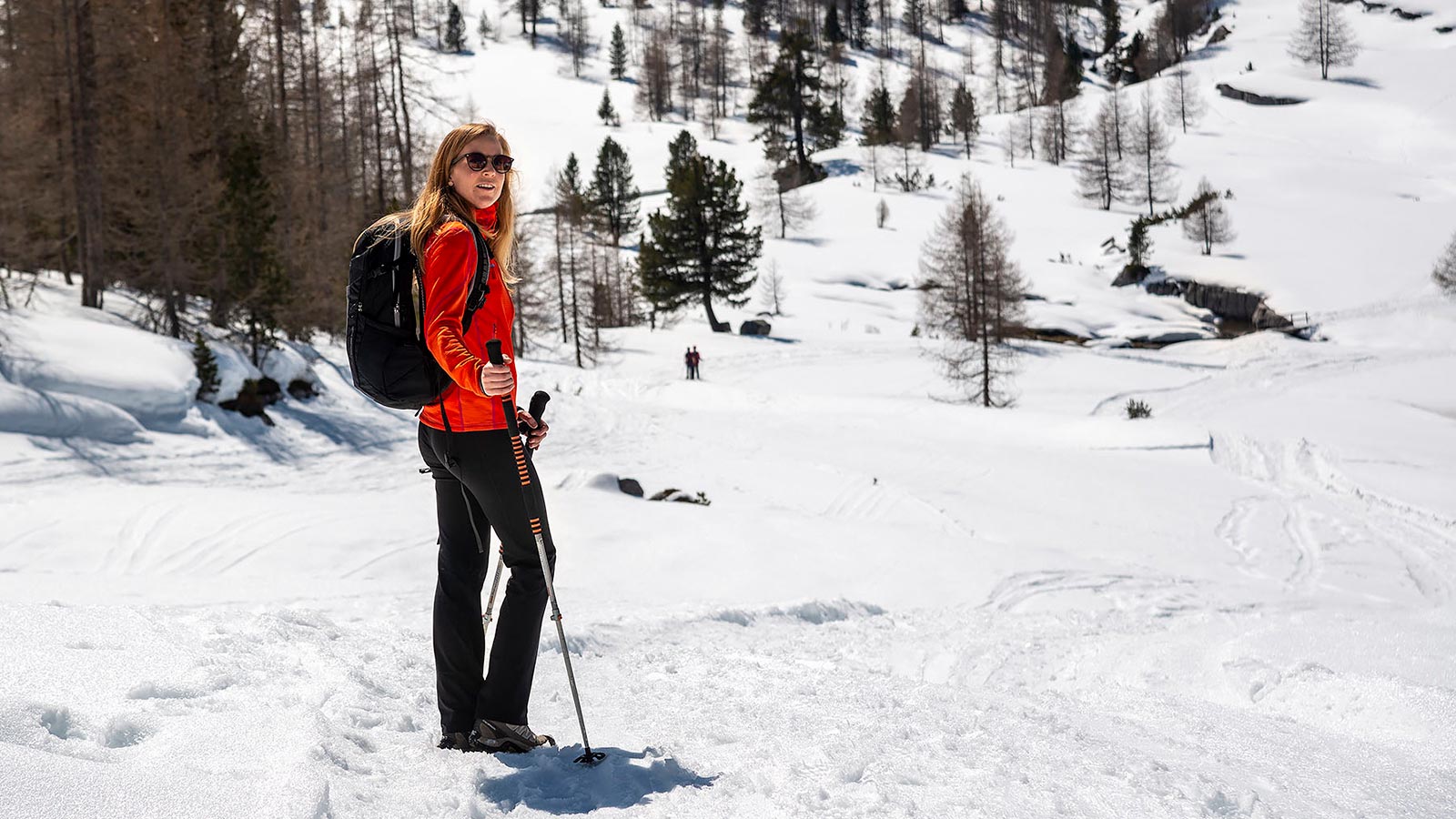 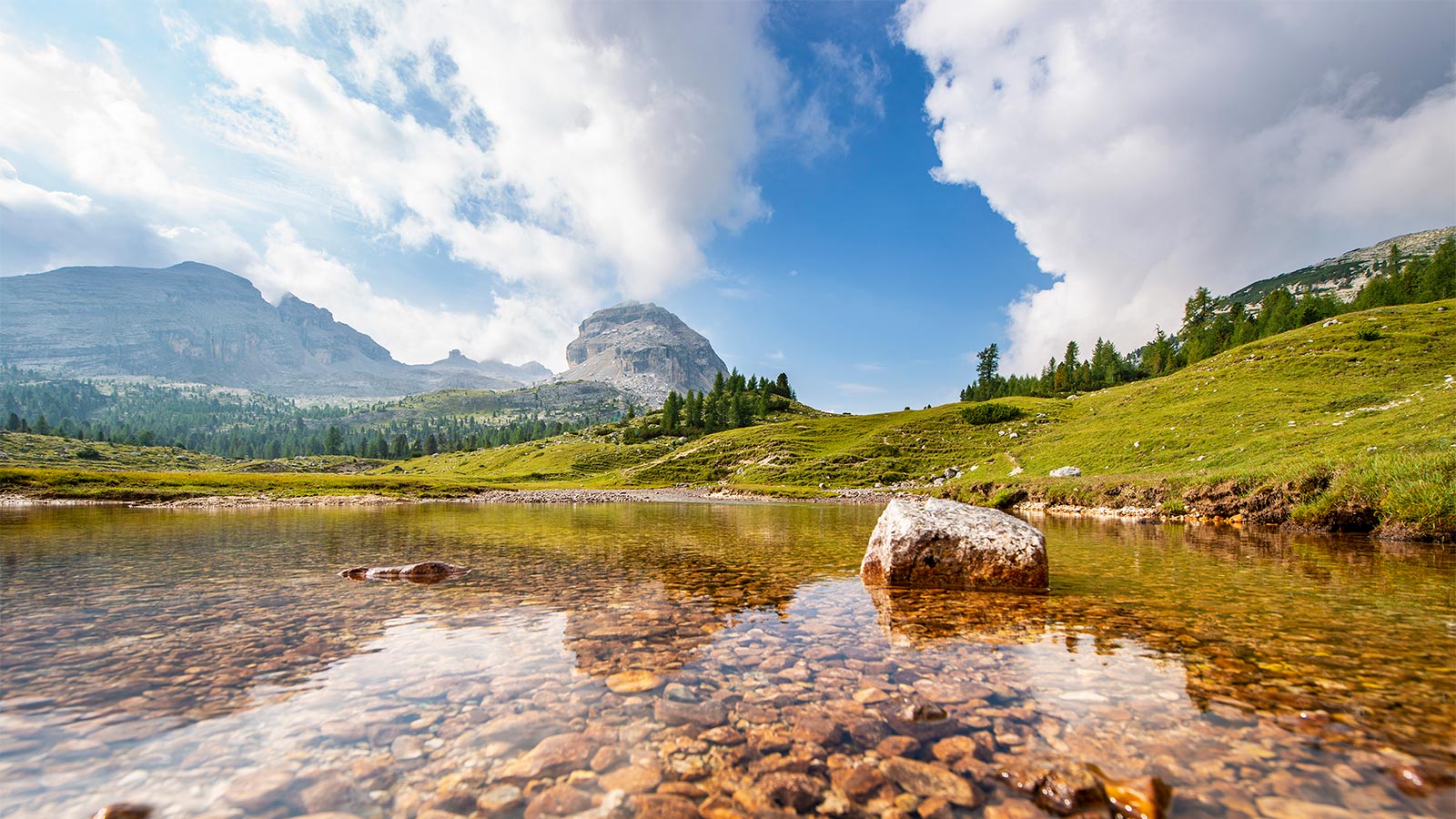 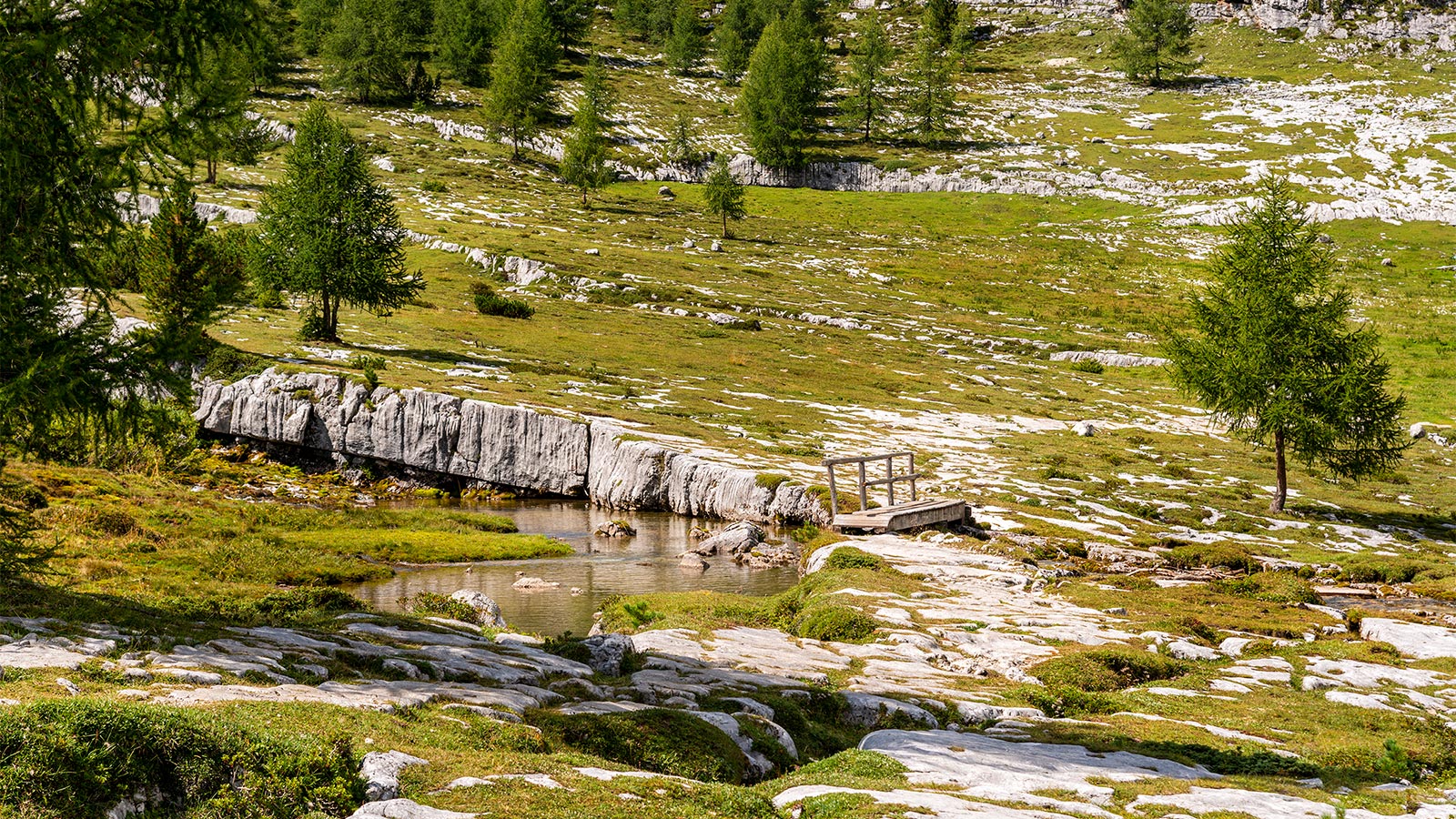 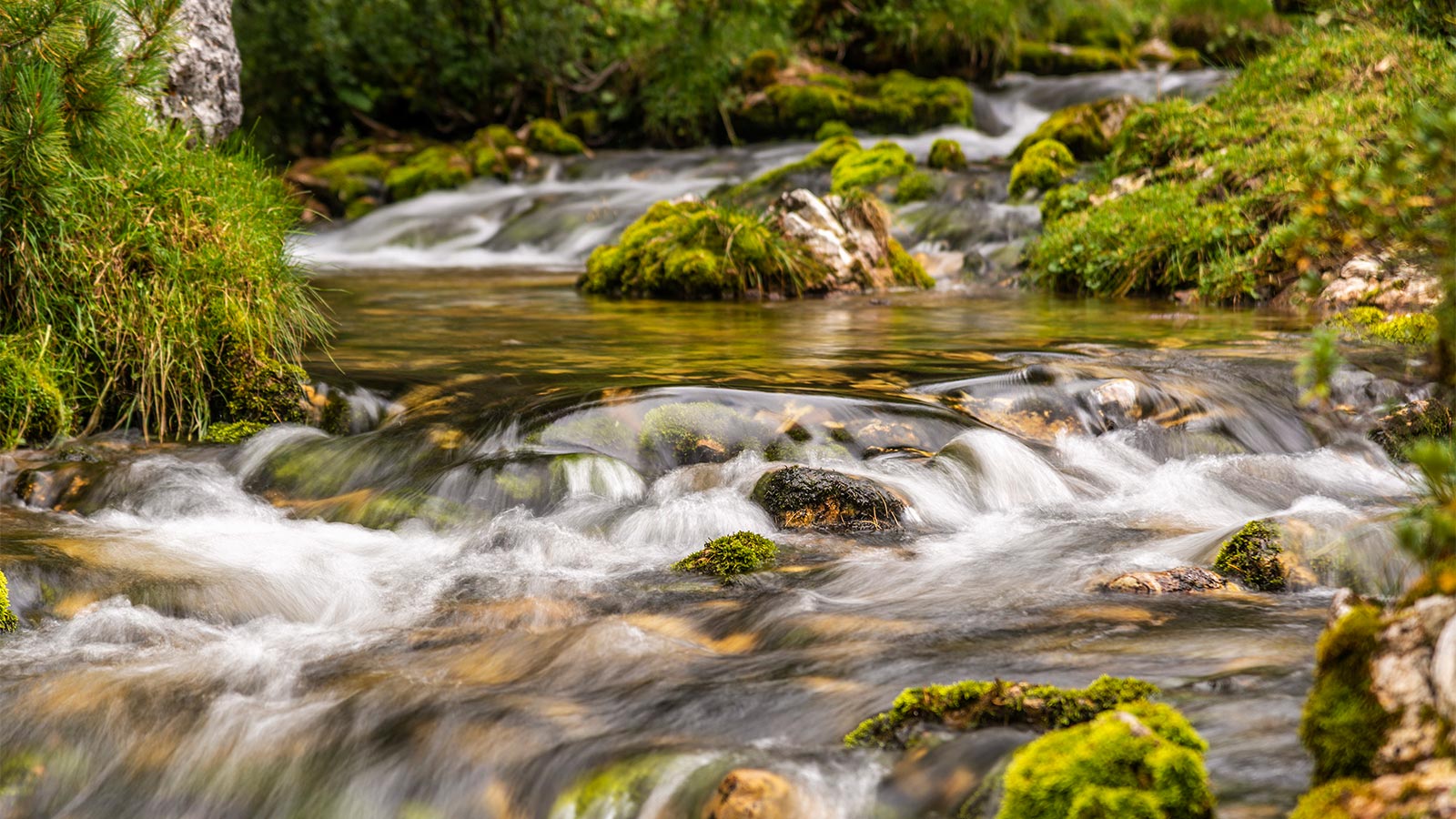 Welcome to the Fanes Hut where happiness can be found!

Fanes Hut: Hiking in the Dolomites

Here you can find the descriptions of the most beautiful excursions in the Fanes Senes Braies Natural Park.

If you want to have the indications with you in the next excursions, click here, print the document e put it in your backpack.

Splendid and long panoramic hike from one valley to the other, which requires good physical condition. From the Forcella you can overlook almost the entire Badia Valley with the various surrounding Dolomite peaks.

Characteristics: Excursion, which leads from Alpe di Fanes Piccola (Marebbe Valley) via the Forcellone Medesc to the Badia Valley. Special care is recommended in case of fog, as you can easily lose your orientation. Initial downhill track from the fork on steep rubble.

Description: Starting point is the Fanes Hut. Continue to the nearby La Varella Hut (2,042 m) and then on path no. 12, which leads to the left and through a sparse forest. After the first demanding ascent you reach the large grassy basin of Lech Parom (Parom Lake) to the left of the path. Continue along a vast semicircle by walking around the rocky massif of La Varella and you finally reach the Forcella Medesc (2,591 m), which is also called La Varella Pass. From here descend on rubble with dwarf mountain pines until reaching the forest at the bottom of the rocky mountain walls.

Continue through the forest until reaching the junction with path no. 15, which comes from the S. Croce Hospice. Here continue to the left. An easy and pleasant descent until directly reaching S. Cassiano (1,537 m). If you continue on path no. 12 you will get down to La Villa.

Detail: The Forcella Medesc is also reachable on path no. 7, which you follow until reaching the junction with path no. 12.

Easy hike by night of approx. ¾ hours with starting point and end point Pederü. Old Ladin legends will be brought back to life.

From the Fanes Hut to Limo Pass and to the lake. There turn left (east) onto a well visible, but not sign-posted path to the green plateau (2,565 m) between 10 "Spalto" and the upper rocks of Col Bechei, also called Parei Peak. Here you can admire the remains of an ancient artillery position.

Leave the path and ascend the steep slope to the left in order to reach the panoramic peak of Col Bechei de Sora without any technical difficulties.

From the Fanes Hut along the war road in 20 minutes to Limo Pass (2,172 m) and downhill in a southern direction to the Gran Fanes pasture. At the intersection go right (west) for a short time in the direction of Ju da l'ega. Soon after turn left onto path no. 17 (sign-posted).

Again shortly after, turn right (south) onto the path which leads directly to Valun Blanch (in part sign-posted with yellow signs and with the triangle of the Alpine Dolomite Path 1, variation).

When following the path you enter the Valun Blanch Valley by passing below the imposing mountain walls of the Ciampestrin Mountain. Finally you ascend the steep rubble in order to reach Monte Castello, which can be seen from afar and on the peak you will find the "Bivacco della Pace" (Bivouac of Freedom).

The peak of Monte Castello (2,187 m) is recommended only for experienced climbers (difficulty of II and III degree), However, also from the trenches you can enjoy a fantastic view of the Tofane Mountains and of the Travenanzes Valley.

Return on the same path. Those, who would like to continue the excursion along the "Via della Pace" (Freedom Path), below the west walls of the Furcia Rossa, see excursion (9).

Like in the previous excursion (2) to Monte Castello. Continue on the same path in a southern direction until getting below the last rocks of Monte Casale. Leave the path to the left and follow the old war road, fairly ruined, which brings you to the summit in 5 minutes, where an artillery base was located during war.

Like in the previous excursion (3) to Monte Casale. Continue on the same path until reaching the Forcella Casale (from where path no. 17, the Alpine Dolomite Path leads downhill on brittle rocks and rubble to the Travenanzes Valley).

From the Forcella Casale ascend the steep serpentine path to the right and within a few minutes you will reach the peak of Monte Cavallo.

The Furcia Rossa III peak can be reached from three sides via three old war roads, which are in part secured (reserved for experienced alpinists, without dizziness and equipped with rope and snap rings for securing themselves). From the Fanes Hut follow the same paths as in excursion (2) until reaching the junction with sign-post 17, where you continue on the former military road until reaching the end of the road on the turning square with sign-posts at the bottom of the north wall of Furcia Rossa.

Now you have three options:

a) From the square turn left in the direction of Monte Vallon Bianco and follow path VB. At the small source (former kitchen) continue to the right (path FR) along beautiful cliffs, and follow the steps at the fork between Furcia Rossa II and Furcia Rossa III. From the saddle of the vertical steps, exposed on the west wall, you can reach the mountain back. Ascending the southern mountain face you reach the peak.

b) From the square directly to the western base of Furcia Rossa III. Across a channel (fixed ropes) you will reach somewhat easier terrain. Ascending the long northern mountain back (sign FR) you will reach the peak. Even if this path is quite demanding, it is the easiest way to the peak with some difficulty only at the initial channel.

c) From the square go to the right on path no. 17 until reaching a flat plateau at the beginning of Valun Blanch. There turn left and ascend a steep pathless slope until reaching path FR, which leads down from Monte Castello (Bivouac of Freedom). Here you start ascending along the steps and you will reach the easy summit back and finally the peak.

Duration: from 2.5 hours to 3.5 hours for ascending, depending on the path chosen.
Difference in altitude: approx. 820 m
Difficulty: fixed-aid climb of medium difficulty, for experts without dizziness.
Equipment: for mountain excursions; rope and snap rings for self-protection.

From the Fanes Hut to the square with sign-posts. Then continue to the left in the direction of Monte Vallon Bianco on path VB as in the previous excursion (5a).

At the junction to Monte Vallon Bianco go straight ahead until reaching the former traverse line mountain station of Furcia Rossa.

Continue on the perfectly visible path to the bivouac "Baccon Baborka". From the bivouac ascend in a westerly direction until reaching the peak of Furcia Rossa II after only a few minutes.

Duration: from 2.5 to 3.5 hours for ascending.
Difference in altitude: approx. 720 m.
Difficulty: a rather easy excursion with exposed tracks, which require a secure step and freedom from dizziness.
Equipment: for mountain excursions.

From the Fanes Hut to Limo Pass and to the Gran Fanes pasture. Continue in a south-western direction on the old military road. Walk along the northern border of the valley in the direction of a large avalanche, then walk past the remains of the Gran Fanes deposit and the deviation of the traverse line from the Great War. On the southern slope of the valley you can see the foundation wall of the troop base. Shortly before Ju da l'ega, close to the large avalanche blocks, a path to the right (west) leads to Busc da stlü (Hole to close). Follow the white-red signs and cross the desolate valley, which is revived by a small lake, and you will get to a fork. Turn right (north) at the fork. First ascend the rubble and then a channel, finally go along a well visible and rather exposed ledge until reaching a vast terrace to the right. Continue ascending along another channel and through rubble until reaching the fork below the summit (with cross and panoramic view) and the main summit.

The Via della Pace leads from the east chain of Fanes, from Monte Vallon Bianco to Monte Cavallo. The routes to the individual peaks hav been described in the previous excursions. Each of them can be combined with each other according to preference and ability. Crossing of the entire group (e.g.: Fanes Hut - Monte Vallon Bianco - Furcia Rossa II - Furcia Rossa III - Monte Castello - Monte Casale - Monte Cavallo - Fanes Hut) can be manged within one day only by extremely trained and experienced alpinists.

Excursionists in medium condition could combine excursions (6) Furcia Rossa II and (7) Monte Vallon Bianco, which require 6 to 8 hours return. Another possibility for good walkers is the combination of excursion (2) Monte Castello, (3) Monte Casale and (4) Monte Cavallo. Duration return from 6 to 7 hours.

Those who are already experienced with fixed-aid climbs and adequately equipped, can try excursion (5) Furcia Rossa III, whereby it is recommendable to cross from east to west, since the steps on the east wall jut out slightly and therefore should be faced upwards.

The continuation of this route along the ridge, from Monte Cavallo to Punta Fanis Nord, is reserved to capable alpinists, who can cross fragile rocks safely. The metal ropes, which were attached in 1975 have been destroyed.

Ascend to a peak of over 3,000 metres with an immense panoramic view and the majestic Dolomite scenario. Interesting pulpit overlooking the Badia Valley and highest point from a long mountain ridge which surrounds the vast basins, where the FANES HUT (Alpe di Fanes Piccola) is located.

Characteristics: Long and tiring ascent, which certainly provides a feeling of conquest for all alpinists. At the bottom of the Cima Dieci you can admire the legendary Fanes Castle, fortress and residence of the Fanes King and Princess Dolasila.

Difference in altitude and duration: Itinerary leads along a rocky mountain path (limestone pavement), with a wide development, never particularly steep. The summit part is rather difficult (approx. 100 m). It is provided with a metal rope, skill and experience is however required; difference in altitude 1,000 m, 6 hours (return).

Description: From the Fanes Hut (2,060 m) take path no. 7113 to a nearby ridge, where you continue to the left on path no. 7. The path rises along a long track along grassy basins or along a typical limestone pavement. Continuing in a southerly direction you reach the Furcela de Sas dla Crusc, 2,609 m (Forcella Monte Croce); possibility of descending to the S. Croce Hospice (reserved for experts). When turning right (unsigned path) and walking along the ridge you will arrive just below the summit of Ciaval Mountain, 2,908 m (Monte Cavallo). Taking the walk up to the summit is optional and easy. Be careful on the ridge however, since the rocky walls to the left stand out. The following track along the ridge requires a secure step and absence of dizziness. Finally you arrive at the rocky summit, equipped with fixed ropes.

You can return to the Fanes Hut along the direct line (first part along steep rubble) to the Fanes Castle, which you leave to your left in order to reach the same path as on the way up.

From Braies Lake to Belluno

This was the first alpine path established in 1966. It is approximately 150 km long and it takes approx. 11 days.

The summit ascends and the fixed-aid climbs indicated in the notes are optional and do not make up the route. We just mention them for their beauty and for those who have the skill and the opportunity to extend the route.

Due to the length of this excursion we give some links, which describe the Alpine Dolomite Path 1.